All physical objects with mass are created from atoms, hence, light is different to the rest of the atomic world. Digital bits are not made of atoms, contained in atomic hardware, bits defy the atomic existence similar to light. Thus, in my artworks, light (projection light) and bit are seen as anomalies in this world.

Virtualised Human I is an irregularly shaped plastic dome, the video projection depicted pixels zooming in and out, the pixels could be interpreted as the digital representation of atoms. The zooming pixels produced a perspective in scale, as if expanding from the scale of atoms to humans. At atomic level, the human body almost becomes transparent as the body is constructed with layers of atoms. Living in an anthropocentric world, we often separate ourselves from the non-human. The physical boundaries between human and technology becomes blurred, closing the psychological distance between human and the technical other. 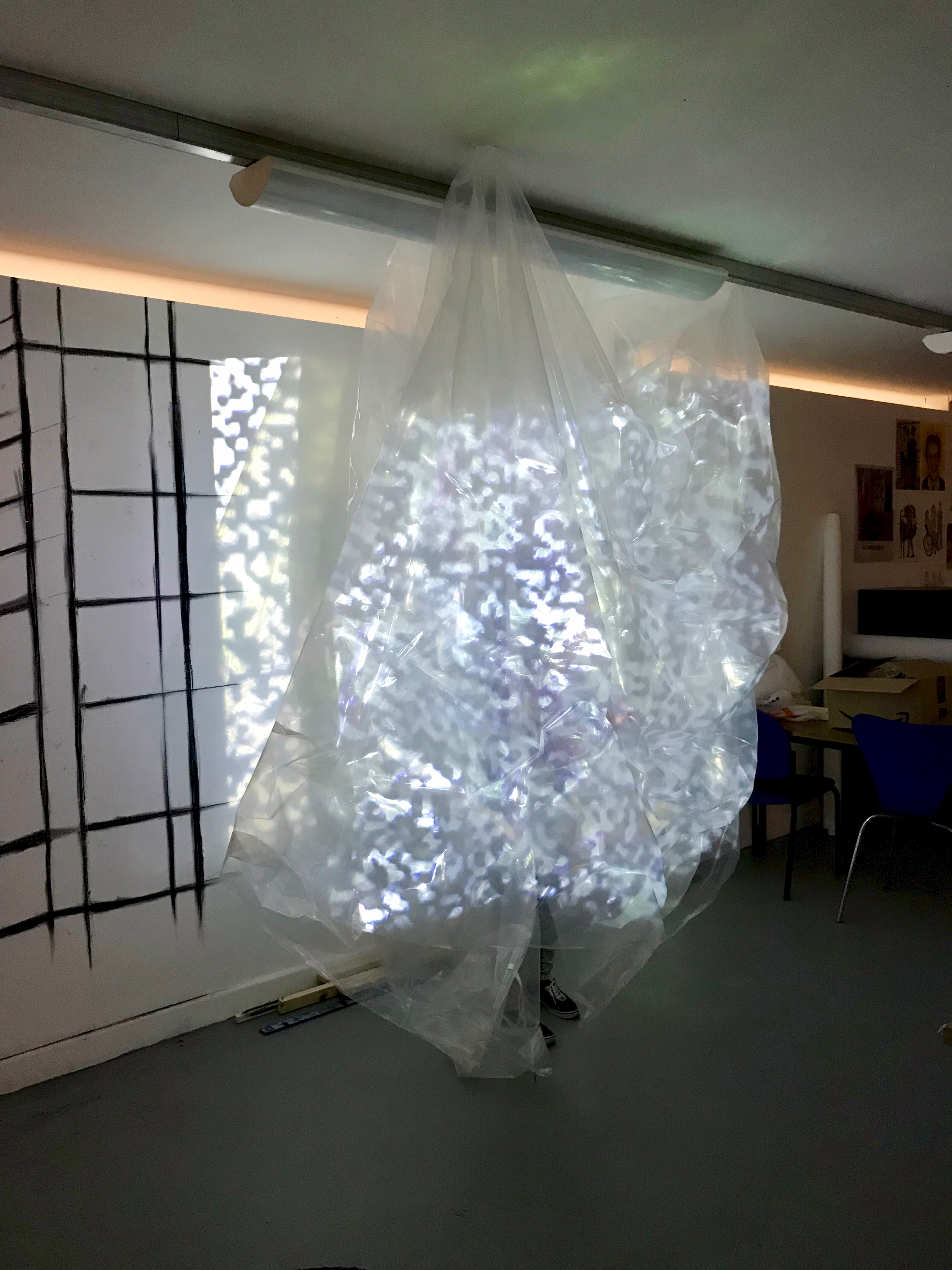 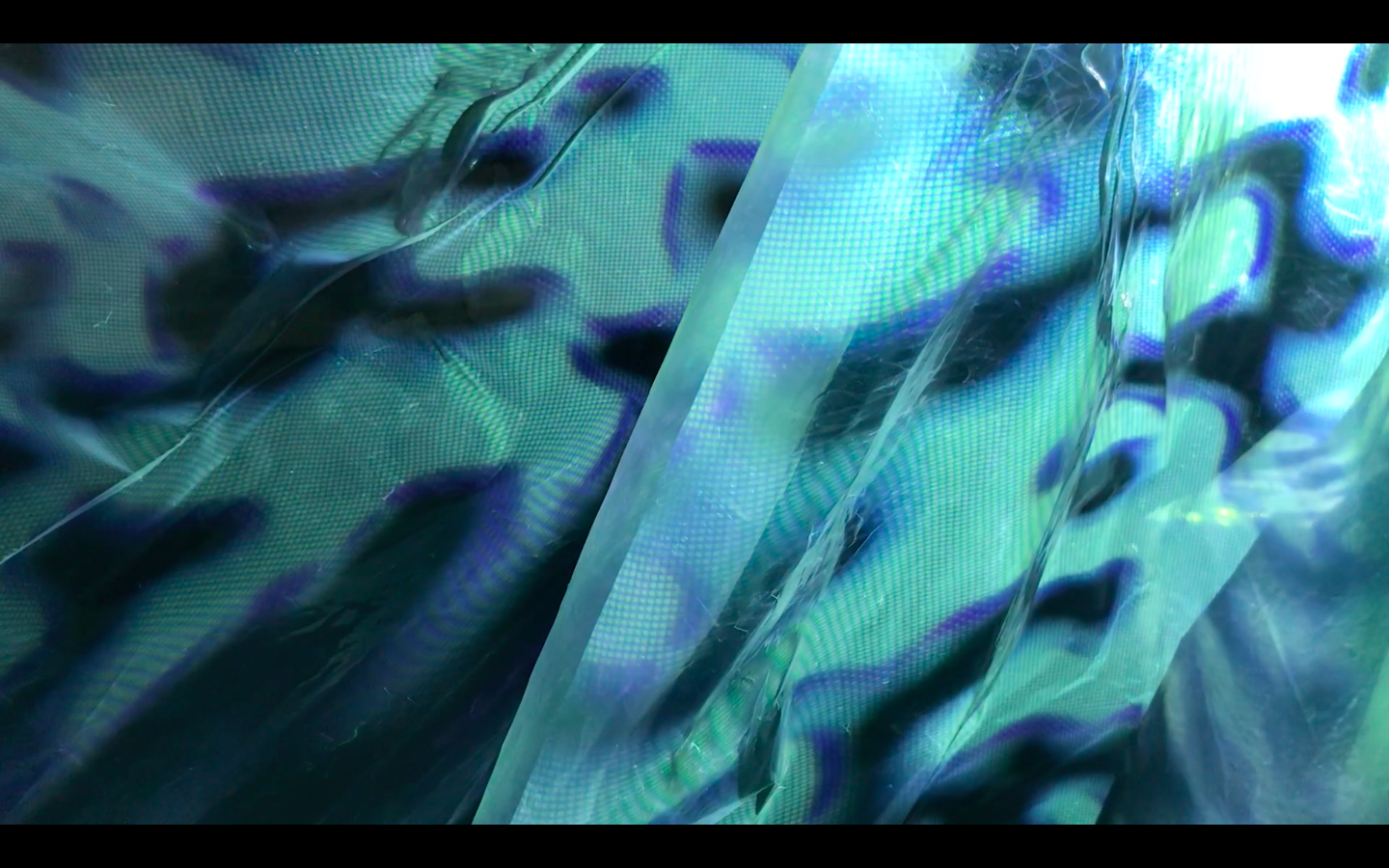 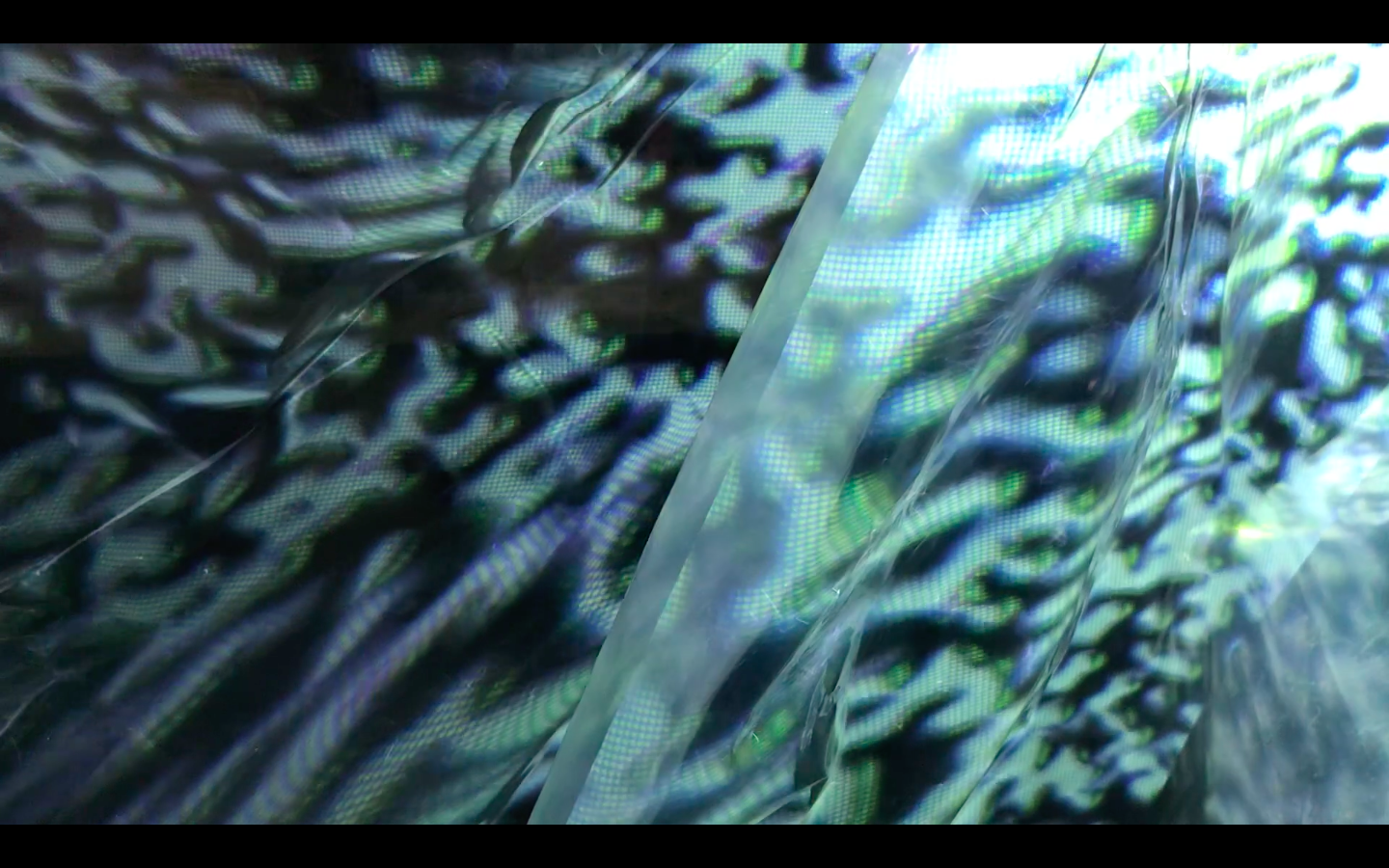